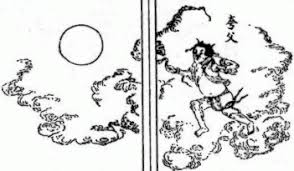 People have been worshiped the sun since the prehistorical time, which can be found in art in many cultures. The big bright thing in the sky, who doesn’t want to worship that? Before we talk about the stories, I want to mention a book called Shanhaijing 山海经, Classic of Mountains and Seas. It is such a cool book full of geography, mythology, folktales, science, religions and It is from the 4th century BC. There are a lot of versions of people drawing the weird mythical creatures from the book throughout time. We are going to mention this book more in the future.

The first story is from this book about Kuafu 夸父, a giant, who had a mission of chasing the sun. It didn’t mention in the book how tall he was. Since the nutricients weren’t that great as today, we might be gaints ourselves. Anyways, why did he chase the sun? Because he wanted to capture the sun! Not for gaining powers or other particular purposes. One day Kuafu started chasing the sun from the sunrise until the sunset. He was so thirsty while running and the heat that he drank up all the water from the Yellow River 黄河, WeiShui 渭水 and Daze 大泽, which are huge lakes. Before he captured the sun, he still died on the road not due to too much water in the belly but due to a lack of water and exhaustion. The wooden cane he carried grew into a forest of peach trees. I remember when I heard this story as a kid, all I cared was how juicy and tasty those peaches were. People sometimes use this story to describe a person sets his goal to high that he overestimates his ability like Icarus from Greek mythology who fly who flew too close to the sun and fell into the sea, or like the phrase a moth drawn to a flame. But for me, Kuafu is such a romantic idealist, who would sacrificed his life for the dream. He died for the fire in the heart and after he died he left those tasty peaches for people (really want to try those). Even today, human being always are curious about the nature and wish to conquer the nature. 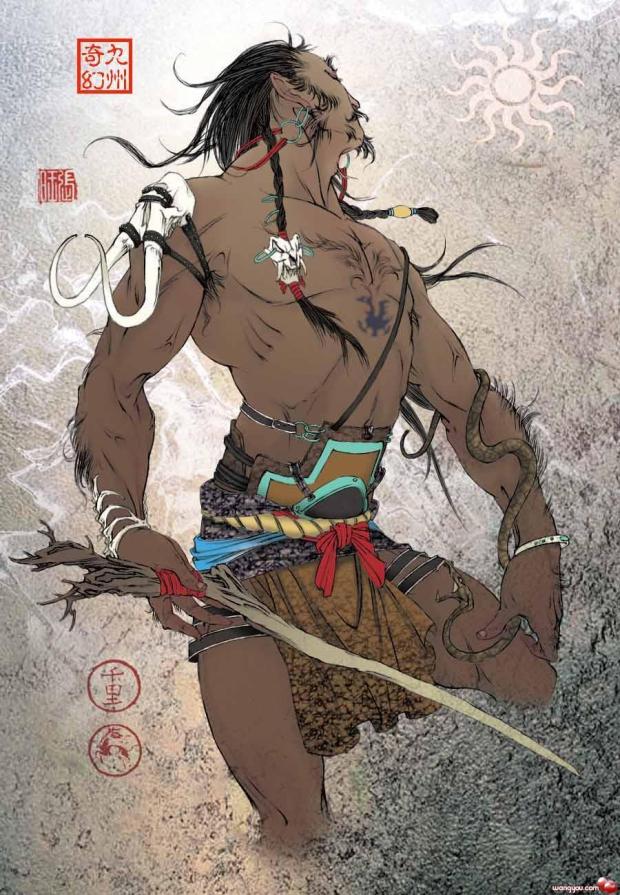 Another guy called Houyi 后羿, in a way, he tried to capture the sun or suns as well. However, he was a archer so he doesn’t need to chase after the sun but to shoot them. Long long time ago, ten suns rose and turned the world into hell. Why wre there ten suns? Some version says the suns are the newly born children of Dijun 帝俊, the Emperor Jun, one of the ancient supreme deities and Yihe羲和, the solar deity. They lived in a mulberry tree in the East Sea 东海. Ten suns usually tooj turns to rise. But this time these kids came out together for fun. With his bow and arrow, Houyi shot down nine suns leaving one left. He also killed some beasts to save people. Houyi is also regarded as a god of archery. I am glad he left one for us today. Maybe he left it for Kuafu to chase after and maybe if left more suns in the sky, Kaufa would had a better chance to capture one sun. Some scientists assumed this story based on an event of the implosions of comets in planetary atmospheres. 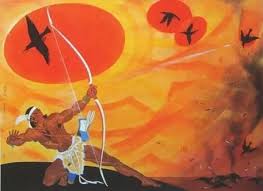 It’s dangerous to chase after the sun maybe the moon is a better choice.

山海经 Classic of mountains and seas