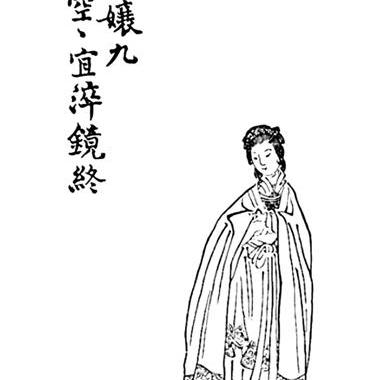 Today we will tell a story about a legendary female assassin called Nie YinNiang 聂隐娘. Nie is her last name. Yin means hermitic and stealthy. Niang means lady. This story is from the book ChuanQi 传奇 by the author PeiXing (二声) 裴铏 from the Tang dynasty 唐朝 around the year 860. We will use three episodes to talk about this story.

In the book, it says, during of the reign of Emperor DeZong of Tang 唐德宗, which is between the year 785 to the year 805, a regional governor called Tian JiAn 田季安 had a general called Nie Feng 聂锋. Nie Feng had a 10 year old daughter called Nie YinNiang.

One day, a Buddhist nun asked for elms at Nie Feng’s house. She saw his daughter Nie YinNiang and told Nie Feng, “could you let me raise your daughter?” Nie Feng was offended and the Buddhist nun replied, “you know what I can still steal your daughter even you locked her in an iron sealed closet.” That night, Nie YinNiang disappeared. Nie Feng was so shocked and searched everywhere for his daughter but in vain. He and his wife cried every time they missed their daughter. 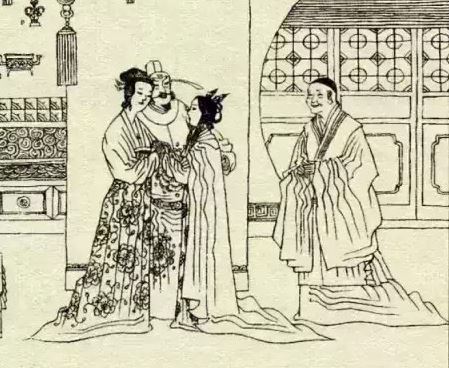 After five years, the Buddhist nun came to visit Nie Feng with his lost daughter Nie YinNiang and told him, “I already taught her enough she needs to learn. Now it is time to return her back to you.” then nun left. Nie Feng and the whole family were thrilled to see their missing daughter after five years and asked her how she had been and what she had been taught. Nie YinNiang replied, “just read Buddhism scripts and books nothing much.” Nie Feng didn’t believe her and begged her to tell him the truth. Nie YinNiang finally said, “OK. I will tell you the truth. But I am afraid you won’t believe it anyway.”

Nie YinNiang started to share her experiences with her dad, “ I was taken away by the nun that night. We walked and walked. I don’t remember how many miles we traveled. We walked until the sunrise and arrived at a cave where there weren’t any people but many apes living in there. The cave was in the deep forest. I met other two girls both were around 10 years old like I was and both were beautiful and smart. They didn’t need to eat and could walk on the cliffs and climb trees like monkeys. The nun gave me a pill and a sword around 2 chi 尺. (Chi is a Chinese unit of length. 2 chi in the Tang dynasty is around 60 cm.) The sword was so sharp that if you put a piece of hair on the blade, and blow air on it, the hair would break.

I learned climbing with the other two girls and gradually felt my body was as light as a bird. After one year, I learned to stab a moving monkey and then learned to stab on tigers and leopards. I got them every single time. After three years, eagles were my targets. My sword was worn out so much that it only was around 5 cun 寸 long. (cun is a Chinese unit of length and 5 cun is around 15 cm. ) At that time, any animals can’t escape under my sword. In the fourth year, the nun brought me to a city I don’t know where. She pointed at a person and explained to me all the crimes and evils of his. She commanded me to bring back his head without him noticed. It was a piece of cake for me. Then the nun gave me a dagger around 3 cun, around 9 cm. I killed another person during the daytime without anyone else noticed. I brought back his head in a bag to our cave and liquefied it with some chemicals. 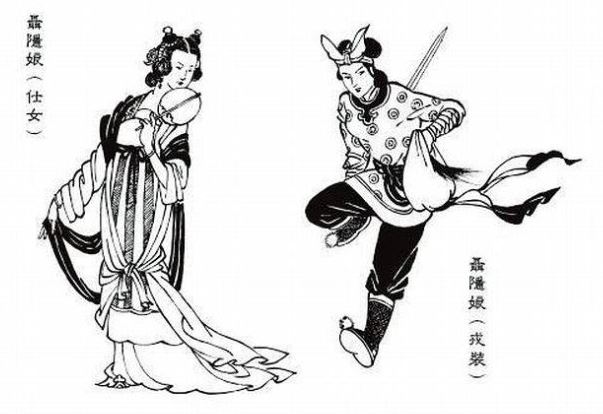 In the fifth year, the nun told me there was a official at a high position made tons of innocent people die. I could kill him at night when he slept. I brought the dagger and sneaked into the room without any troubles. I did my job and left on the roofs until sun rise. The nun was so raged because I came back so late. I explained that I saw that official was playing with a kid that I hesitated. The nun taught me that if I had the same situation in the future I should kill the kid first who was his loved one and then kill the guy. I thanked the nun for teaching me through the years. The nun opened my back head and hid the dagger in it without hurting me. It was a convenient place to place the dagger. The nun then brought me back here and said we can’t meet each other for the next 20 years.”

After listening all the experiences of his daughter had, Nie Feng was shocked and also was scared of the kind of person his daughter became.

We will continue our story in the next episode.