It is around the time of DuanWu Festival 端午节, also known as the Dragon Boat Festival. Today we are going to talk about the interesting stories about the festival. DuanWu Festival is on the 5th day of the 5th month of the lunar calendar, around the summer solstice. This year, it is on June 18th.

In the book FengTuJi 风土记， it says “duan” in the name DuanWu Festival means the beginning in ancient Chinese. “Wu” is a earthly branch in the ancient dating system. The fifth month in lunar calendar is the month of Wu. So the name of the festival means the beginning of the fifth month. Coincidentally, five in Chinese “wu 五”  has the same pronunciation as the earthly branch “wu 午”. So you can interpret the name as the fifth day of the month.

The earliest customs about the Dragon Boat festival can be dated back to the Spring and Autumn period 春秋时 期, which is around 2500 years ago. Since it is around the summer solstice, the weather is hot and humid. Bugs and insects are active and germs grow fast. People can easily get diseases and infections. In the book XiaXiaoZheng 夏小正，it says the customs during the time around the fifth month in lunar calendar include using mugwort, a kind of aromatic plant in food and decorations for the anti-herpectic effect and cooking bean soup to prevent heat stroke.

During Han Dynasty 汉朝, which is between 202 BC ~ the year 220 , in the book SiMinYueLing 四民月令, it says, people would Chinese medicine during the fifth month for diarrhea and heat stroke and braid silk threads of five colors and wear them on the wrists to keep bad spirits and diseases away. I definitely remembered I was wearing the braided five -colored bracelet as a kid.

During Jin Dynasty 晋代, which is between the year 265~ 420, more customs added to the festival including a game called “Hundred – plants fight斗百草”. Children would find as many plants as possible and tag-a- war with them. Scholars would get as many plants as possible and compete each other with naming the plants in the certain format of Chinese poems. 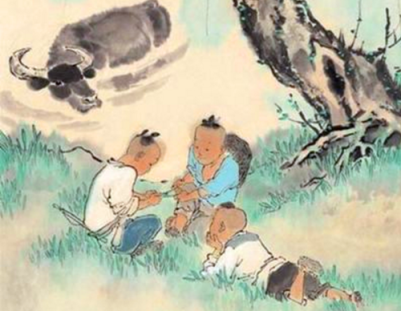 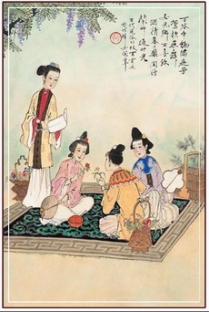 During Sui and Tang Dynasties, which is between the year 581~ 907, Dragon Boat festival was already an important day. It was popular to give each other clothing and accessories as gifts during the festival like belts, fans especially fans which is a great tool to keep cool in the summer and drive off bugs. People would hang up pictures with the five poisonous animals including snakes, scorpions, toads, lizards and centipedes. 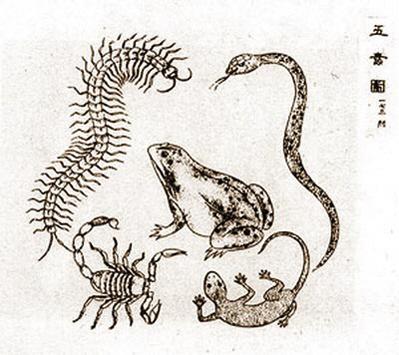 During Song Dynasty 宋朝, which is between the year 960 ~ 1279, things got more delicate and complicated. Food wise, there were more well-made deserts. Accessory wise, there were little silk made bag with various aromatic plants inside to wear. There were tiger shaped decorations using different plants. The must have food for Dragon Boat Festival today is Zongzi 粽子, which was popular since that time. If you have seen the Japanese cartoon movie called My Neighbor Totoro, you would know it. It is made of sticky rice with different fillings like dates and beans or meat and salted egg yolk wrapped with different kinds of leaves like leaves of lotus and reed. It is usually boiled or steamed kind of like the Mexican food tamales. 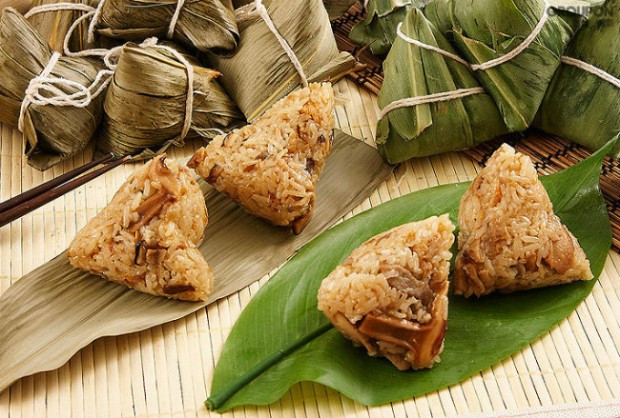 During Ming Dynasty 明朝, which is between the year 1368 ~1644, dragon boats started to get popular. There were dragon boats races and there were some sacrifice ceremonies on the boats as well. Some people would use the water in the dragon boat afterwards and shower with it and some plants to keep away from bad spirits. 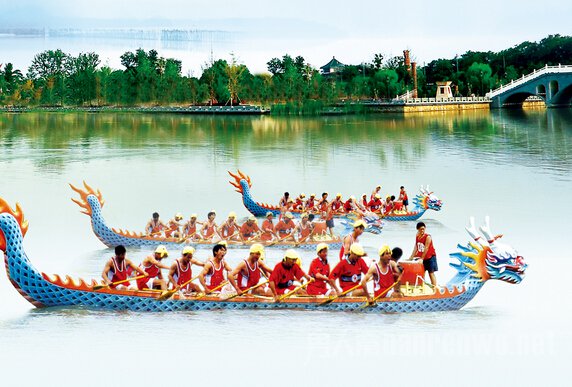 So origin of the festival is related with the climate of the time of the year. However, it is well known today that the festival is related with a scholar called Qu Yuan 屈原， a Chinese poet and minster from around the 340 BC~ 278 BC during the Warring States period 战国时期. He was patriotic however committed to suicide in the river to protect his life principles when feeling despair to to politics of his motherland. It is said he committed to suicide on the fifth day of the fifth month which was the same day of Dragon Boat Festival. That’s why people carry zongzi and boats to the rivers to save Qu Yuan from being eaten by fish in the river. This explanation actually was made like 50 years ago by some Confucianism scholars in modern China who tried to promote the patriotism in China. And it seems to work really well that everyone today knows the Dragon Boat Festival is about Qu Yuan.